Being patient. How the garden started to take shape.

I’ve not always been the most patient of men, but it worked in our last tied cottage and I’m pretty committed to stuff that works. I moved to 108 in 1999 to start work at Helmingham Hall Gardens.

My Jane joined me after our marriage in May of 2000, kind of a millennium project that one! Homemaking meant we’d never have an instant garden, neither by time nor money. So, with the few plants of any value already earmarked I set about creating a garden over a five year period. It was during this time frame that my childhood passion for wildlife was rekindled by the remarkable diversity of nature at work and my efforts to make a photographic record there began. 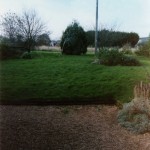 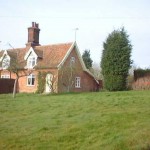 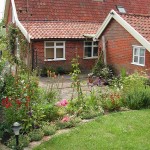 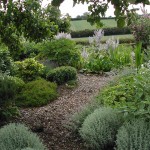 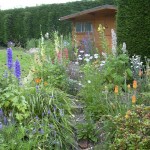 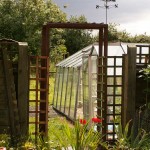 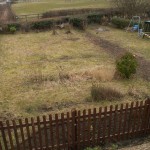 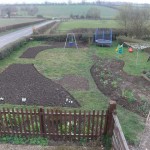 Anyway, as the photos show, patience worked for us. We had a lovely garden that we enjoyed very much, and because we’d taken our time we’d acquired materials and plants for free from friends, family and free-cycle.

2008 saw our move to 111, a bigger property but a smaller garden, a nearly three year old and a glint in our eyes. A year later we’d made some decisions, it was time to create our new garden, between nappy changes that is!

As I mentioned last month we had a road one side of us, were penned in by a twelve foot privet hedge on the other side and divided from what used to be a vegetable plot by a six foot fence. The previous resident had also left a six by eight glass house (see last months images) which now sat where a toddler wanted to run!

We chatted to Glen the farmer and he was happy for us to reclaim a portion of the veg plot, we knocked an archway through the fence and repositioned the glasshouse, adding our old one from 108. We noticed the birdlife in Glen’s orchard behind our privet and thought we’d have a better view of it if the hedge was lower. A weekend later I‘d reduced it to three feet, the removed nine becoming smouldering ash where I intended to extend the driveway!

I had always planned to plant a few small trees to encourage my feathered friends over the hedge but the old boundary hedge that ran up the middle of the garden restricted the space to do so. The only thing alive in this, or so it seemed, was the ivy. Ivy is a great source of autumn nectar for a wide variety of invertebrates, especially hoverflies, but there was plenty of it in the roadside hawthorn so I decided that the old tangle had to go.

It was during this operation, made easy by the old rotten elm stumps, that I discovered an immovable root, also elm, that wasn’t going anywhere. This is now my much loved multi-stemmed elm tree that the birds enjoy. It sits in it’s own border surrounded by lawn surrounded by a sweeping flower bed, but more about the choice of plants (over five years) next time.