Plants part one… An inheritance of sorts!

As I mentioned last month part of the reason for being patient, in the creation of my garden, was in order to discover what was there already. To be honest arriving in a March snowstorm left me cold (awful pun!), doubting that there was much of any value remaining in the neglected space; the only plants visible were unkempt and they had plenty of grass growing through them. We waited for a thaw…

Spring brought us a little enlightenment; amongst the long grass we had a nice big crown of Rhubarb, two old black currants, a Spirea japonica ‘Anthony Waterer’, a potentially huge Hemerocallis, a leggy Hebe (or is that a Veronica now, I can’t keep up!), some Golden Rod (Solidago), some Campanula glomerata and some truly ‘had it’ roses (The patio type but with two, spotty leaves each!) All this was in a space about three metres square in little, parallel beds; divided, at some point in the past, by grass paths. (See rough plan drawn at the time). On a big plus side the turf was rich with Viola odorata, a big personal favourite.

Rough plan of garden at time of moving in

Lathyrus, Clematis and Passiflora shared an L shaped trellis around some slabs where a bench had once stood and wild honeysuckle smothered the back fence. Ivy could be found in the roadside Hawthorn hedge, as well as the old boundary hedge, where, with the help of Vinca major (Greater Periwinkle), it had choked it’s host and allowed the hefty, hillside crosswinds to snap what little remained of the Elm it had once consisted of. I was sad to have to lose the Vinca major (some flying insects found it useful) but it was too invasive for the garden and I would be replacing it with some Vinca minor I’d brought with me from our previous tied property (We’d done this with a number of plants, and continue to develop the garden today but that’s for the next few posts…). On finding the living stump of an Elm I’d earmarked this area for a nectar rich flower bed, an invasive herb was not required.

We should never be afraid to lose stuff that’s either not thriving or which might take over, nature flourishes on diversity (look at a wildflower meadow!) not decay and suffocation, and although a whole range of useful detritivores exist in rotten wood and plant materials, these can be comfortably accommodated in a log pile and a compost heep (especially useful in the latter!)

Consolidating what was of value

Knowing what we had and acquiring an extra portion of land for the veggies (see last post), we set about consolidating what was of value. Anything too far gone was removed, established shrubs were tidied and weeded, large perennials divided and positioned in a temporary border by the drive way, and vegetable and fruit plants relocated in the new veggie area. A large number of self sown Papaver somniferum appeared in late spring from ground we’d disturbed and helped produce a nice show for the gardens first year in our care!

In brief: Some particularly good reasons for keeping existing plants is that: A. they are free! B. They have been supporting wildlife in the garden already (some species might be there because of them), and C. We know they are suitable for the garden’s microclimate and will thrive providing valuable reliability alongside new plantings. 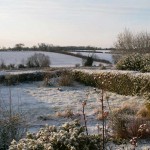 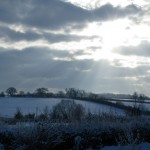 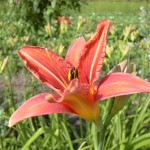 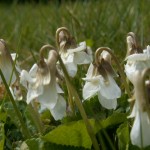 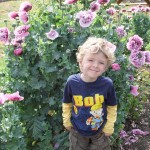 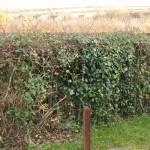 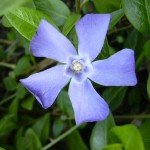 Next time: the plants we brought with us and what makes a good wildlife garden plant…
By PGG Web Admin on January 3, 2013   /   pggblog   /   Leave a comment