As part of the professional development of its trainees, the Professional Gardeners’ Guild holds a conference each year which serves as a good networking opportunity and a forum in which questions can be asked – and answered.

Two groups of students met this year – the Historic and Botanical Gardens Scheme one year scheme and the 3 year traineeship of the Professional Gardeners’ Guild. Both groups aim to achieve qualifications which will enable them to put into practise in the workplace their theoretical learning. The PGG students are already out working in the gardens of the UK, some with Alitex greenhouses. This mixed group of student gardeners come from all corners of the UK, including the Channel Islands.( The equivalent in Ireland is the GLDA.)

From an Alitex point of view our involvement included a small presentation on the workings of a greenhouse – technical considerations as well as the opportunity to create truly spectacular buildings. We were able to show the group around Alitex – the design office and factory, and then illustrate what we had said by taking a trip to a local newly installed walled garden which exists on a private estate. Dom Palmer the head gardener on the estate described how the greenhouse plays its role, how it is used and how it came to be there.

Photos of the visit 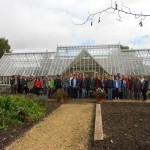 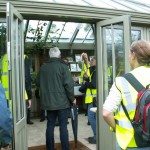 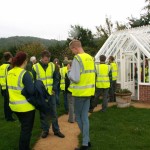 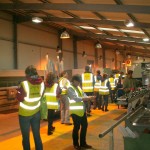 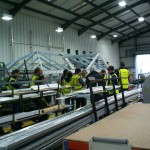 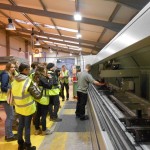 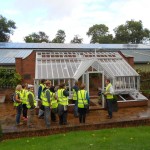 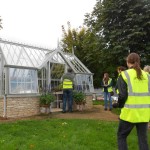 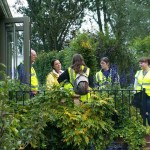 Chris Sawyer the Alitex sales director has had associations with the PGG for decades and has met many gardeners over the years. He felt there was a genuine level of excitement and optimism amongst the group, which translates into an ambition for the private and public spaces which will be cared for and supervised in the future.

Between Tony Arnold, the PGG Chairman and John Humphris, PGG President, along with HBGB’S co-ordinator Fiona Dennis, nurturing new talent in the horticultural world seems to be a priority and Alitex are delighted to be associated with any such initiative.

Laura Bradley Marketing Manager at Alitex said she loved seeing the head gardeners of tomorrow enthusing about horticulture in general – and of course, Alitex specifically! After a year in which the RHS has been keen to involve younger generations in the joys of gardening it was great to see so many youthful faces wandering around our headquarters here at Torberry. John Humphris described Alitex as a local successful company, likely to be found in the key gardens of the future, which we have all found very flattering.

In all, the Professional Gardeners’ Guild Annual Conference has been a well managed event which we are happy to be associated with once again. We have met some inspiring people and hope in some small way to have inspired – as Chris Sawyer said …..“ It is just a genuinely lovely event – like minded people with a common interest, so of course we all get ideas from each other and that’s the fun of it.”