The best thing that I ever did during my time at school was being sent into the school grounds at the age of ten to collect tree leaves and seeds to be matched, labelled and stuck on to sugar paper. Seeds and their methods of dispersal have intrigued me ever since.

These amazing little packages of genetic information can variously cross oceans and survive fire, flood, drought and extremes of temperature to ensure the survival of the species. They can also guarantee a good crop of sycamores and thistles when blown in from the neighbours’ garden!

Mankind has spread all kind of seed all over the world, sometimes intentionally, but often entirely by accident. The stone used as ships’ ballast would often contain seed which would be released when the ballast was dumped. The wonderfully named Ambrosia artemisiifolia (North American ragweed, the common name isn’t quite so wonderful!) arrived in this manner and became naturalised in the UK. Rotting cranberries from a shipwreck germinated on an island off Holland and led to the commercial production of cranberries in Holland. The case of Senecio squalidus (Oxford ragwort) is well known: native to Sicily, it was cultivated in the Oxford Botanical Gardens from where it escaped onto college walls. The building of the railway network provided the perfect habitat for this plant; the clinker track-bed was quite similar to the volcanic terrain of Sicily and the draught created by the passing trains pulled the seeds ever further along the rail system to all parts of the country. The highly toxic Datura stramonium (thorn apple) introduced from Peru for medicinal use, also found its way from the Chelsea Physic Garden of London onto the railway embankments and this long-lived seed will still occasionally germinate and be found growing near railway lines.

Until the 1980s, Cochlearia danica (Danish scurvy grass) had a very limited distribution and was largely confined to coastal regions in the East, until it found its way onto the motorway network. Regular winter applications of road salt have created a narrow band along the verges and central reservation which is hostile to most plants but which provides the perfect habitat for scurvy grass. The ball-like fruits of this brassica are assisted in their distribution by the draught of passing vehicles. I have seen this plant on the motorways and roads near Birmingham and near home, on the Dorset/Hampshire border, where it has also begun to spread to the sides of minor roads. 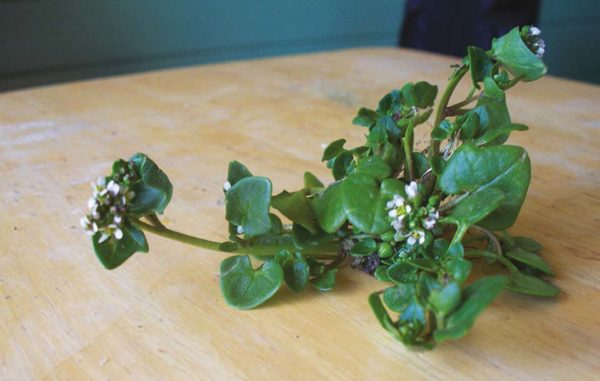 Plant breeders save the day

Seed saving is generally quite straightforward; we collect ripe seed and save the largest. This approach was very nearly the downfall of English mustard. Farmers were saving their own seed and quite logically saved the largest, which best suited modern drilling equipment, and so smaller seeds were graded out. By 2006, crop yields had begun to decline to the extent that fewer farms were willing to grow English mustard on economic grounds when other crops would give a greater return. It turned out that there were, in fact, two strains of mustard, both of which were self-incompatible for pollination but which would, when grown together, produce fertile seed. Plant breeders were able to discover this and save the day. They now pelletise the seed to give a uniform size for even sowing.

Finally, a tip obtained from a letter in the Hardy Plant Society Journal: if you wish to collect seed from hardy geraniums, snip the tip off the beak before it ripens and the awns will curl down when ripe rather than flicking up and catapulting the seed everywhere.

(Taken from issue 153 of the Professional Gardener October 2016)